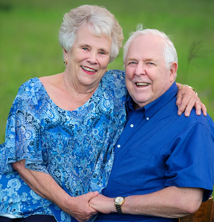 Dr. Wayne Mack is a graduate of Wheaton College, Philadelphia Seminary and Westminster Theological Seminary as well as having done extensive graduate studies at La Salle University, Eastern Baptist Seminary, Wheaton Graduate School and Trinity Evangelical Seminary. Dr. Mack was chairman of the graduate and undergraduate counseling programs at The Master’s University and Seminary in Los Angeles, California. He serves as an Elder at Lynnwood Baptist Church in Pretoria, South Africa, and is the Director of ACBC Africa.

Dr. Mack has been inducted into the highest level of membership in the Association of Certified Biblical Counselors, and has authored 27 books on counseling issues. Wayne has been married to his wife, Carol, since 1957. They have four adult children, three daughters-in-law, a son-in-law and many grandchildren.

Get updates on Mack resources